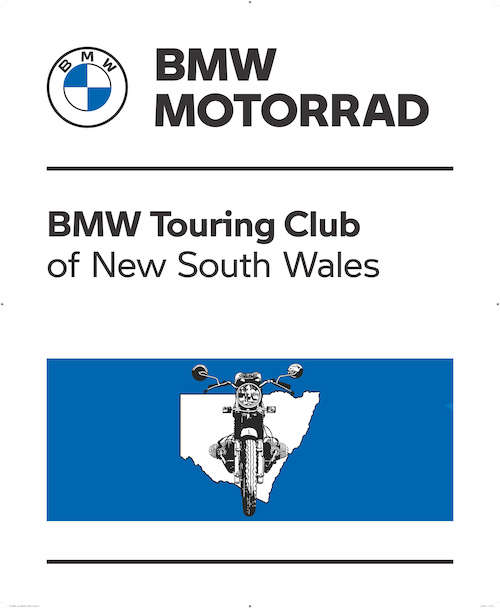 The BMWTCNSW has its origin in 1965 when a BMW Owners Club was already in existence with activities restricted solely to owners of the marque.

This did not sit well with some members who had friends that by choice or circumstance did not have the “correct” tool.  What these friends all shared was a love of motorcycling and the great times they all had touring the countryside together.

By 1964, some of this group including Bill Cooper began having meetings outside the BMW Owners Club.  Along with Bill, at various times, these meetings included Wendy Cooper, Terry Pailthorpe, Terry Lauer and Rob Popplewell.

They’d meet at Bill and Wendy’s place in Rydalmere and at one of these meetings, they decided to form a BMW-related club of their own without the compulsory BMW ownership requirement.

Sometime between May and August 1965, a new organisation was started in the name of BMW, but included the word “Touring” to reinforce the primary objective of all who gathered to form the new club.

The first formal meeting (at Bill and Wendy’s place) established the committee positions including:

Others soon joined this more flexible group with Paul Evans (R60) making it to the second formal meeting, which was held at the Rydalmere Scout Hall and following meetings in Parramatta.

All considered, there were approximately 30 members by the late 60s with rapid growth occurring in the 1970s. Today, the Club enjoys hundreds of members, many boasting membership tenure of decades.

Since the early 1960s, BMW motorcycles have earned a well-deserved reputation for reliability and comfort to tour New South Wales’ vast distances.  The bikes have got bigger, better, faster and come with all manner of rider aids, but their reputation remains.

The ethos of the club remains unchanged. We love our BMWs and everyone is still welcome to join us regardless of what you ride. Throughout the years the club has created several popular mainstay events and rallies for members to enjoy.

All you need is the desire to find out what is beyond the horizon. By the time you get there we know you will want a BMW motorcycle anyway.